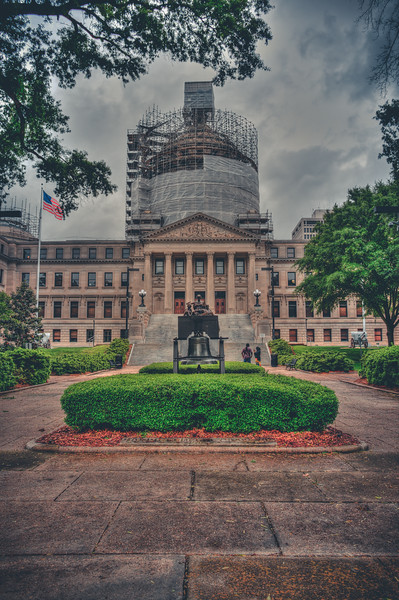 I think the key to good photography is often subtlety, which I try to think about when editing each of my photos, however, just like composition, these rules are not an end all be all that every shot should go by, but just a guideline. Sometimes I just go by feel and what looks good to me, and rules go out the window. It's actually sort of hard to explain, but I "feel" that you learn it as you go along and as you explore what works and what doesn't (and very often I find things just don't work).

I haven't been a photographer for very long, but I've been an artist for a good while now, so I understand composition, colors, and design in general. And in that time, as I look at the work of others and see the vast variety of styles out there, even within the niche of photography, is that there is no one right way of doing things.

To some, my work might not seem so subtle because the details often seem to pop off the page (not a brag, just stating the obvious about HDR images in general). Most photography is flatter as it doesn't capture the entire range of light in a given scene. That is not a negative of photography, in fact, I think that is a positive as artistic photography is not always meant to show every detail of a scene. HDR is a little different as it is meant to capture all the detail of a scene, though in so doing, many HDR photographs go way overboard with this to the point of a grungy, dirty look when it's not meant to be there (think a grungy landscape of sunflowers), or a no contrast between details type of look. So when I say I try to be subtle, I mean I try to be subtle within this type of photography. I try first to let the scene be what it was when I saw it, so that you can see, as closely as I can get it, what I saw when looking with my own eyes. From there I may take liberties to play with color and contrast, still trying not to overdo it. I strive to make nice subtle changes from the original image into what it ends up being. In this way it forces me to not go way over the top with saturation or clarity or even the HDR look. Just a nice simple image with some fun color and light editing that is pleasing to look and doesn't make your head hurt, like that long winded explanation probably  did.

I like to believe that today's image is a good example of the above statements. No, the color in person, does not resemple the picture, but the colors are soft and subtle and easy to look at. Hopefully all of that made sense, as I probably did a poor job of explaining it, but it does make sense to me. In the near future I hope to post a video of me actually working on a photo from beginning to end, which may help you better understand what I mean.

Here is the old Capitol Bell that sits in front of the capitol building in downtown Jackson. I really like how the HDR brought out the shine of the bell and the texture as well.

This building sits across from the King Edward hotel. Unfortunately, as I was short on time, I didn't get to find out anyting about the building. So please share if you know something about it.

It was such a dreary day in Jackson the day I took this photo while doing a photo walk downtown.